Where The Circle Starts

Collected by The OR from the perspective of Liz Ricketts.

The Circle Connection -- Part 1: Refashioning Childhood
Posted to The Huffington Post on June 15, 2011:

What does "childhood" mean to a child? Yes, we admit it seems like a silly question at first, and several of our young participants alerted us to the redundancy (as politely as possible), but after we explained that children in Accra, Ghana would receive the answers in the form of decorated shirts, the kids at the Textile Arts Center in Brooklyn, New York had a lot to say on the matter. 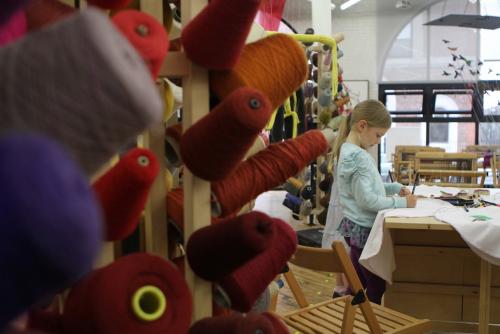 Thank you to ListenInPictures.com for the images.

We launched the Circle Connection Program on Monday, May 16th at the TAC with their after school program. After months of intense Manhattan business meetings, we knew that taking three hours a day to work with children would be refreshing, but we had no way of predicting how well the group would respond to our plans.

We had anticipated that many of the students would be upset about not getting to keep their shirts, but every single child was excited to be making something for someone else. They asked questions about where their shirts were going, what the buildings looked like in Accra, how the kids in Ghana lived and a few even researched the Ghana flag. The children understood that they owned the act of making the shirt, but not the shirt itself. It was beautiful to see such young people understand that their actions are part of a bigger story. The shirts they made reflect that.

Watch the video to see the process!

No two shirts were remotely similar even though the children were collaborating the entire time. It was wonderful to see them zero in on their circle and treat it like their little piece of property, making it unique with the materials they had in front of them. The Textiles Arts Center has done an amazing job of creating an environment where children feel free to express themselves and the tools they have given them are astounding. They went beyond the paint, markers and stamps we provided and jumped onto sewing machines, embroidering patterns, buildings, manipulating fabric and making words with thread.

When it came time to talk about their shirts on camera they were excited to tell us about their family, school, favorite foods, what they think of nyc and what they believe in. On the last day we were thrilled to see that they began asking to come watch each other talk on camera. One group of three girls huddled together to learn more about their friend as she spoke on camera and to whisper reminders... "tell them about the time..." 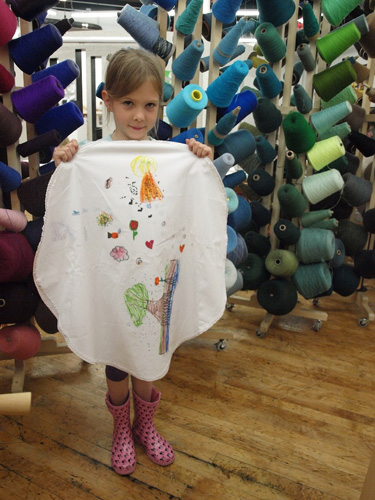 The concept for The Circle Connection continues to evolve, punctuated by several "ah ha" moments. Indeed the process will no doubt change over the next several months. But the highly interactive, creative and curious attitude we found in the children assures us we that are on the right track. Right off the bat many of the children engaged in the program exactly as we had hoped but not necessarily expected. When writing on the shirt that it was made in Brooklyn, one nine year-old girl exclaimed "finally it's something not made in China." It's clear that we must capture this sentiment as a spark for a critical dialogue surrounding the idea of sustainability. We can't wait to see what happens to this end when the next set of students receives the shirts. 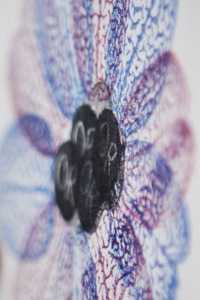 Implementing the program in Ghana will have its own unique set of challenges, but after a week of positive energy we are ready to take those on and we won't stop there. The value of creativity is evident. Whether it's continuing traditions or defining new ones, it's important to bring people together to tell the story of this collective process. We look forward to the evolution of these workshops as a way to foster a true creative community without borders.